A Hat in Time Wiki
Register
Don't have an account?
Sign In
Advertisement
in: Characters, Bosses, Antagonists

Laura Post
The Empress is the main antagonist of the Nyakuza Metro DLC for A Hat in Time. She appears in the DLC's new chapter, Nyakuza Metro.

The Empress appears to be a cat, although exact breed is unknown. She seems to be unnaturally tall in comparison to other Metro Cats, as well as sporting black and grey fur and a slick of white hair between her two large ears. Her scleras are neon yellow, with the left eye sporting a blue iris. The left side of her face has a lightning-shaped scar across it, spanning the top and bottom of the eye. There is a scar along the left side of her neck and has an X-shaped scar on the back of her right hand-paw. From her torso region to her ankles, her body is light grey with darker gray accents on her paws and face, resembling that of a siamese cat. She sports a long, kinked tail, further suggesting she's no stranger to cat fights.

She wears a black, fur-lined coat that ends in a deep red. A golden three-toed cat's paw image is on the back of the coat, alongside other various golden decals. She wears 3 rings on each of her hands and has two long, frayed whiskers on each side of her face. Beneath her coat is what seems to be three golden necklaces.

The Empress is a cunning, deceitful character, who uses her accumulated wealth and many underlings to keep Nyakuza Metro under her complete control by any means possible.

As the major antagonist of the chapter, The Empress is often seen belittling Hat Kid and exploiting her need for Time Pieces to add to her own collection. She also generally makes things harder for the player rather than assist them in collecting Time Pieces, often letting them go about their business collecting them before sending some of her gang members to take away the Time Piece.

She is almost always found behind the desk in her personal shop "Le Félin", where she stores away her millions and works her crime ring out of. It is here that she instructs Hat Kid on where to go for the next Time Piece. It also serves as the location where the player is placed after they collect any new Time Piece, as the Empress pays out for the new addition and instructs them to the next Time Piece's location. If Hat Kid attacks The Empress, she will scratch Hat Kid leaving her dead. She still kills you even if you manage to escape, such as by using the Time Stop Hat, and will kill you even if you have 9 health using Assist Mode and a combo meal.

Once there are no more Time Pieces left in the Metro, The Empress catches Hat Kid stealing back the Time Pieces. Outraged, she calls over an intercom to her large following of gang members to stop Hat Kid and return which was stolen from her for a bounty of one million.

Like she does for most of her other interactions, she tends to berate the poor performance of her gang members as the chase goes on, eventually showing some desperation and having to double the bounty for Hat Kid.

As the chase goes on, she herself even goes into the fray in order to try and stop Hat Kid herself, wielding a large rocket launcher. She targets Hat Kid directly, shown with a long red trail leading from her to her reticle, which lags behind the player's position and represented by a small circle. Her rockets can also be used to the player's advantage, as to destroy shield generators which block the path and need to be destroyed by a rocket. She makes three appearances like this, each with increasing quantity of destructible generators. 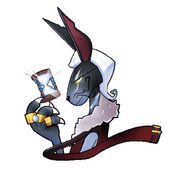 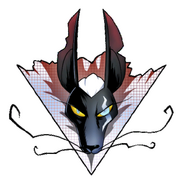