Player 1 Character (By completing the main story,owning both DLC expansions and making a new save file)

Apphia Yu
Bow Kid is the second player character of A Hat in Time, working alongside Hat Kid to collect the Time Pieces and restore power to the spaceship to return home.

Bow Kid was added in the Co-Op DLC on September 13, 2018. Her name was confirmed by A Hat in Time's Twitter[1], and in-game when finishing it for the first time: when creating a new save file the option 'Yes, as Bow Kid!" will appear if the player has downloaded both the Seal the Deal and Nyakuza Metro DLCs.

Bow Kid appears as a humanoid alien child who has a darker skin tone and deeper brown hair than Hat Kid, as well as having rounder and purple eyes. Her head shape is different from Hat Kid's as well, also being more round. She wears a green button-up coat and white undershirt, a blue skirt, and black boots with blue trim.

Bow Kid's default hairstyle consists of a large blue bow with a ribbon that wraps around her hair curls. Other hats will remove the bow and ribbon but they do keep her curly hairstyle. However, when some hats such as the default Brewing Hat are equipped to Bow Kid, she will have a different flatter hairstyle that is tied back with pigtails by blue bands instead of her usual curls.

Similar to Hat Kid, she is able to wear many kinds of Hats throughout her adventure, though her default hat just consists of a large blue bow, which functions exactly like Hat Kid's large purple Hat. She is able to use any hats that Hat Kid has already unlocked when playing in Co-Op Mode excluding any flairs that contain Hat Kid's top hat.

Her voice lines are the same as Hat Kid's but pitch-shifted downward slightly, giving her a lower tone overall. This affects stickers as well.

Bow Kid shares a lot of personality traits with Hat Kid, being often energetic, childish, and sometimes mischievous. However, she also displays an affiliation and liking for cats. This is demonstrated through her signing her name with a winking cat face as opposed to Hat Kid as well as the cat pin that she wears on her default coat. There are also traces of her and her cat emblem in the magazine stands in Nyakuza Metro. In addition, she draws herself alongside Hat Kid in the photos from Picture Perfect, both cheering with Hat Kid in the third and fifth photo below and showing concern at Hat Kid's apparent flight in the second photo. In her baseball bat taunt animation, Bow Kid goes for a more smug and mischievous expression on her face while Hat Kid goes for a more serious and intimidating one. She tends to throw both arms into the air when she cheers and makes an entrance, she also does this pose in her ice statue form when she uses the Ice Hat. 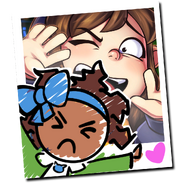 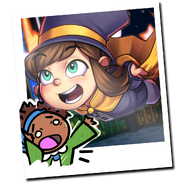 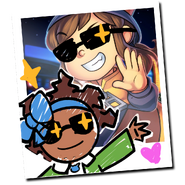 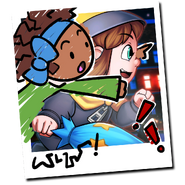 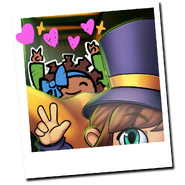 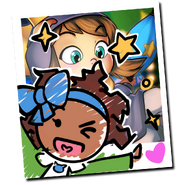 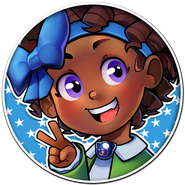 One of the generic stickers that appears on loading screens while Bow Kid is present as a player. 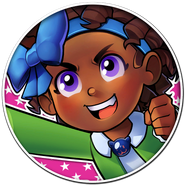 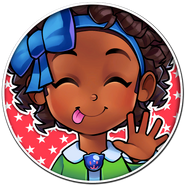 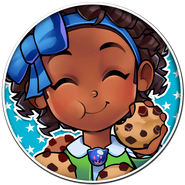 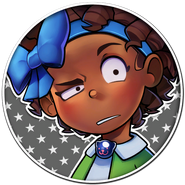 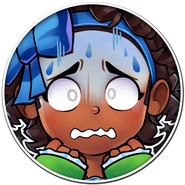 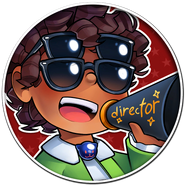 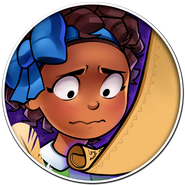 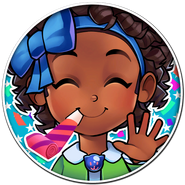 Bow Kid after having been cursed in Vanessa's Curse next to the gravestone spawned. Note the soul is still Hat Kid's.