This is really cool, i can totally imagine this being a character in the game :D 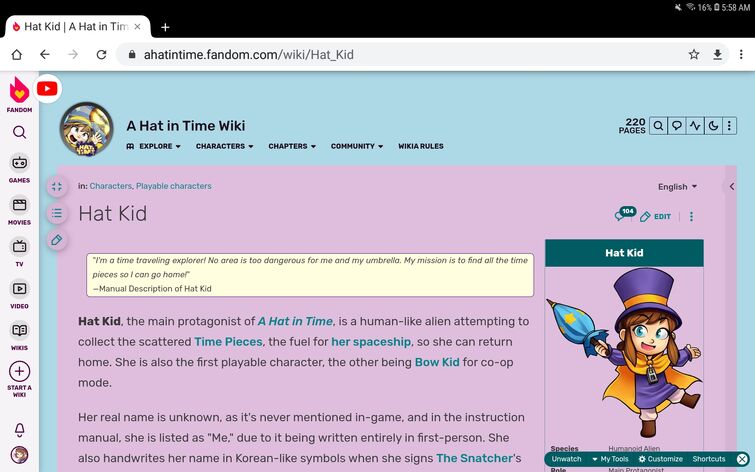 Lmao when i first played through vanessa's manor i didn't notice the ice statue coming after me and i somehow got ON TOP of the statue (idk how, i'm assuming because of a glitch) and it just kept running after me even though i was on top of it 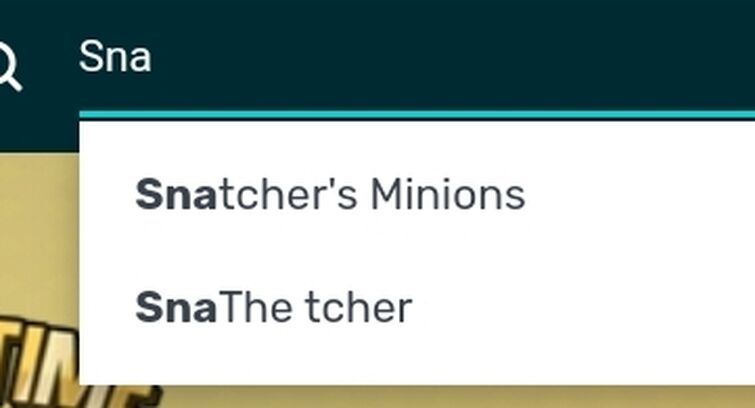 The Snatcher
A reply to ElementalKid21
0

Basically i was playing a hat in time and i was trying to get to subcon forest but when i interacted with the telescope that brings me to the level select FOR subcon, it just teleported hat kid to a floating island in a strange brownish-grey void where the song "it's just a burning memory" by the caretaker was playing, the island was low-poly, foggy and had an overall dull and dark aesthetic like something out of silent hill, it had dark green grass, a couple evergreen trees, a small shed made of dark wood and a strange being nearby, the being looked kinda like a wacky waving inflatable arm flailing tube man but way more twisted and weird; it was pure white and wasn't shaded like the rest of the island (like there weren't any shadows on it or anything, it was the brightest thing in the whole area), from what i remember it had a twisted fucked-up face. I tried interacting with it but i couldn't remember what it said but i think it was something about the letter Q; it had a sort of high-pitched yet masculine and friendly voice that didn't fit it at all, the voice sounded more like it suited a character on a disney junior show than whatever the hell THAT thing was. When i entered the shed it took me to a black void with weird platforms and nothing else, they appeared to be basic flat square shapes, they were either white or had a tv static pattern (i can't remember which) and they were all facing the right, like an oversized flight of stairs; however at the end of the platforming there was no time piece like there usually is, it just lead to a doorway with a cloudy sky outside and when i entered it i was back at the island and in front of the shed. When i interacted with the being again...well, i AGAIN can't remember what it said but i think it was congratulating me for getting out of the shed. Then for god knows WHAT reason my dumbass decided to go back IN the shed and i was teleported back to the weird platforms, suddenly i felt really tired and stressed and i just passed out, that's when i woke up.

.....that's all i can think of, i'll probably extent this list on my wattpad in the future lmao

The Snatcher
A reply to UnleashedPenguin
0

I personally don't use flairs because i like how iconic the hats look already but if i had a favorite it would be the one that turns the sprint hat into a dinosaur hood :)

You ever think about how if vanessa were to stand up straight she'd be around 9 feet tall? Like jesus christ, that vampire lady from resident evil is QUAKING right now!!!!

What would a nuzlocke for AHIT even be? You can't use a specific hat for the rest of the game if you die with it?

The fact that his shirt is the same color as his body makes it look like he's shirtless if you squint a bit and that makes me uncomfortable...

Hey, i'm an artist! Here's some fanart i made a while back, i've only done art of hat kid and vanessa so far but i'm thinking of doing some of mustache girl or maybe snatcher sometime in the future, these were posted on my arts and OCs amino account (i go by VixinTrix on there) before they were posted on here so if you've seen these before, i did not steal them! I just posted them somewhere else first 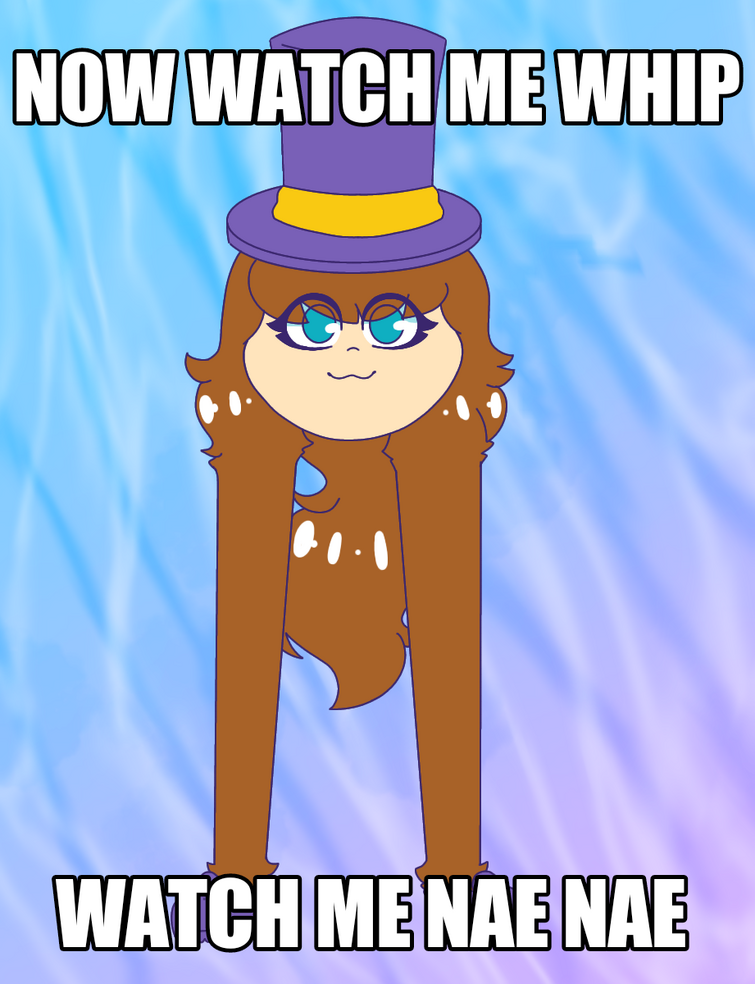 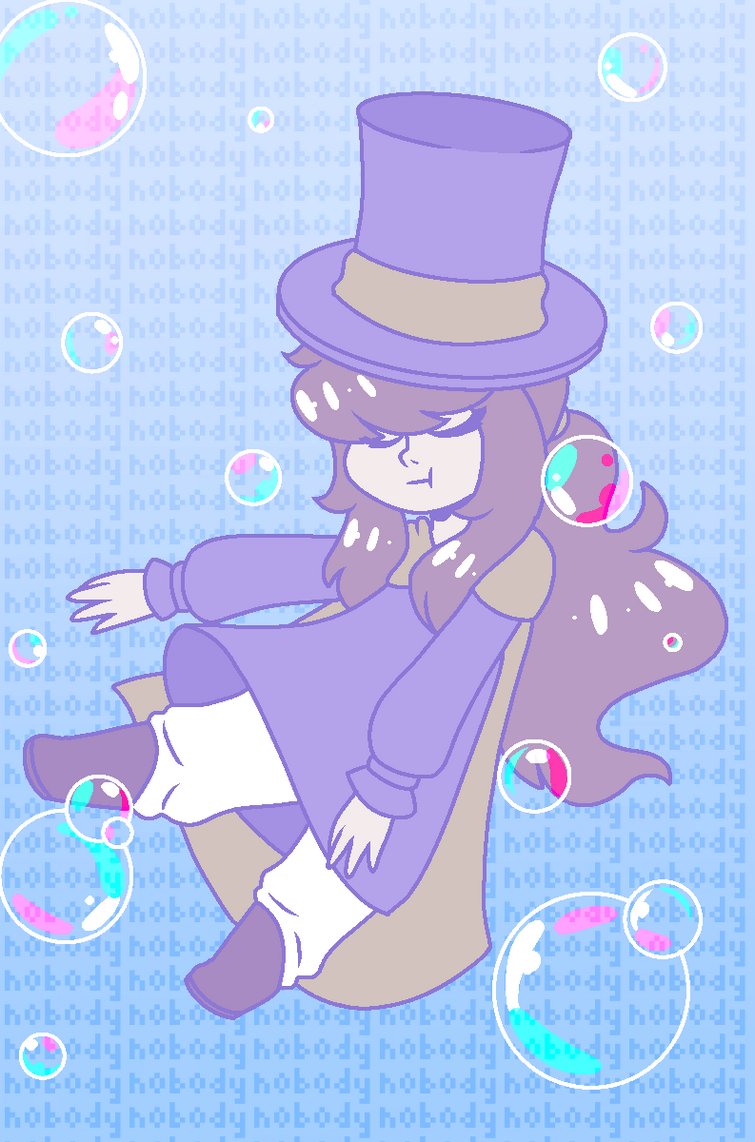 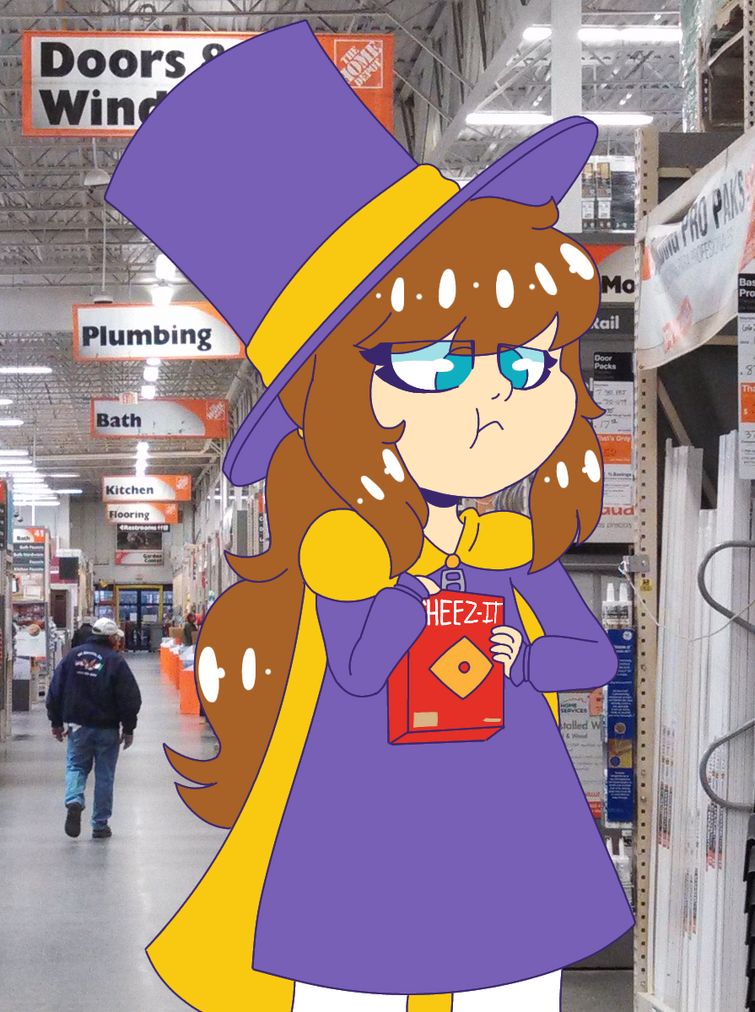 HOLY SHIT HE DOES

My suggestion would be putting a little extra thought in the character's design, like for example you make a pink dog...but what is that pink dog most good at? What does it do as a job? Where does it live? Is the pink dog hyperactive? Shy? Grumpy? These little things are very important in the game's character designs. I mean, cooking cat is a mellow, friendly guy who likes cooking so he wears a chef outfit and has round shapes in his design!

That's just my take at least, hope this helps!