A Hat in Time Wiki
Start a Wiki

What's on your mind?

Ghost 1: What do we have for lunch?

“so,this is your bedroom? Whats that pillow fort?” wolfy asked looking around “its for this” hat kid replied with a smug face, she then threw a pillow at wolfys face and yelled “PILLOW FIGHTTTTTTTTT” “whats a pillow fight?” wolfy asked picking up the pillow, hat kid then threw another pillow at him, “throw a pillow back at me!” she said, wolfy threw it and hat kid hit it back, wolfy dodged it and kept throwing pillows.

Wolfy and hat kid were laying on the pillows, “HIDE AND SEEK!” hat kid then yelled dashing out “wow your hyper...” wolfy said getting up and running out “ow my circuit board” a rumba said bumping into wolfys foot “where is hat kid...” wolfy thought *where hat kid is* “when he walks away il jump into my secret room in the fort” hat kid said laughing, wolfy then passed her allowing hat kid to jump into the pillow fort and into her secret room, As wolfy was looking hat kid started to write a book called ‘hat kid and wolfys adventures’ she wrote the first chapter and soon before wolfy found her she finished.

“hey wolfy, read me a bedtime story?” hat kid asked laying in her bed, “sure” wolfy said looking at the pile of books, as he was looking he soon found hat kids book and picked it up, wolfy then started to read it “once upon a time hat kid met a wolf named wolfy, they played hide and seek and tag and had a fun day, it was good!” wolfy read

“They found the time pieces and lived a good life, the end” wolfy finished reading it,hat kid was asleep, “Somehow im reminded of me and nored...” wolfy thought taking off hat kids hat and putting it on a rack, he then layed on the pile of pillows and went to sleep.

Hey, I'm new to this wiki, so I just wanted to introduce myself. Im SongBirb24, and I love reading fan-fic, and roleplaying. I also enjoy watching playthroughs of A Hat in Time, however I do not personally own the game.

I also frequent the Wings of Fire wiki, Glitchtale Wiki, Pokemon Wiki, Hollow Knight Wiki, and Undertale Off Topic Wiki. If you want links to any of these, just ping me!

Hey, so, remember when Snatcher took Hat Kid's soul in Contractual Obligations in Subcon Forest? I was wondering if there was a png of Hat Kid's soul out there that I could use for something? It would be a huge help!

Ever noticed how Mafia Man looks kind of like Chops from Animal Crossing? Probably a coincidence, and I'm probably looking too far into this.

So today, browsing thorugh some of the pages, I noticed pages with changed titles. the pages are: hat kid > the fxxx snatcher > the School Shooter and Queen Vanessa > the Bixxx.

Don't ask me why I haven't changed it myself, because I don't know how to.

Please someone fix it, please and thanks

I’ve been going through the pages on this wiki and all the text is almost white and impossible to read. What’s up with that?

Why do you think this is the case? 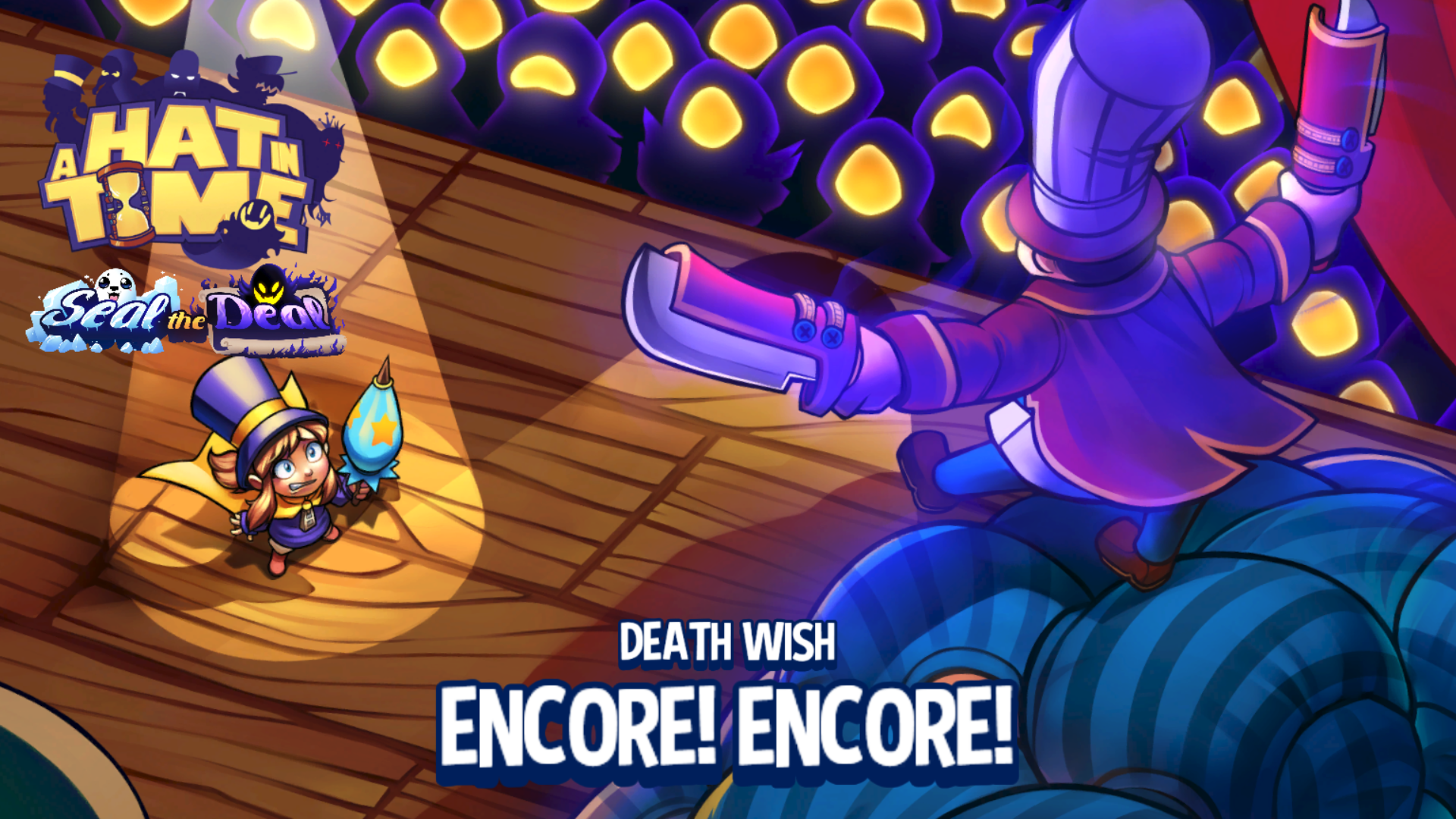 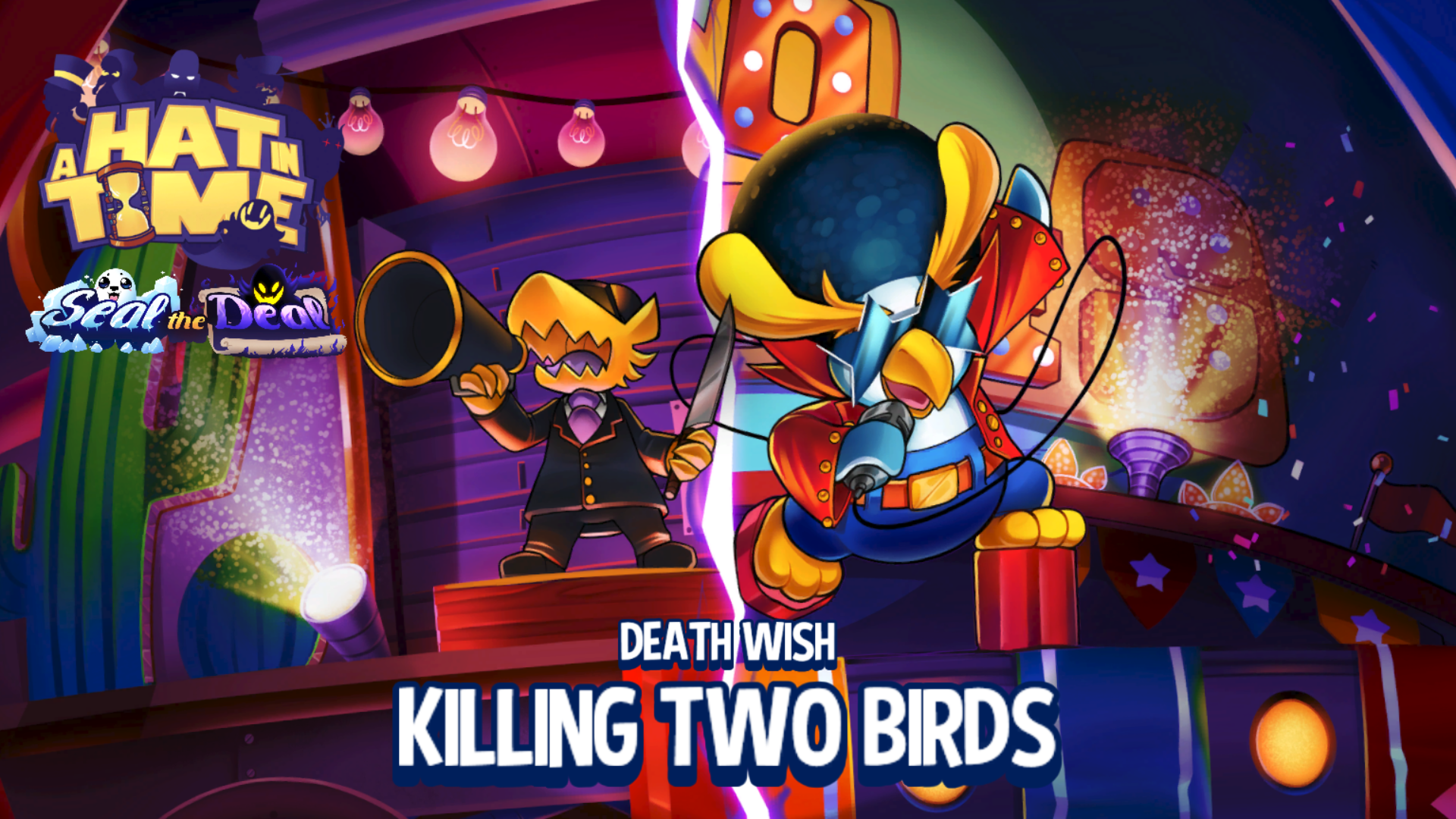 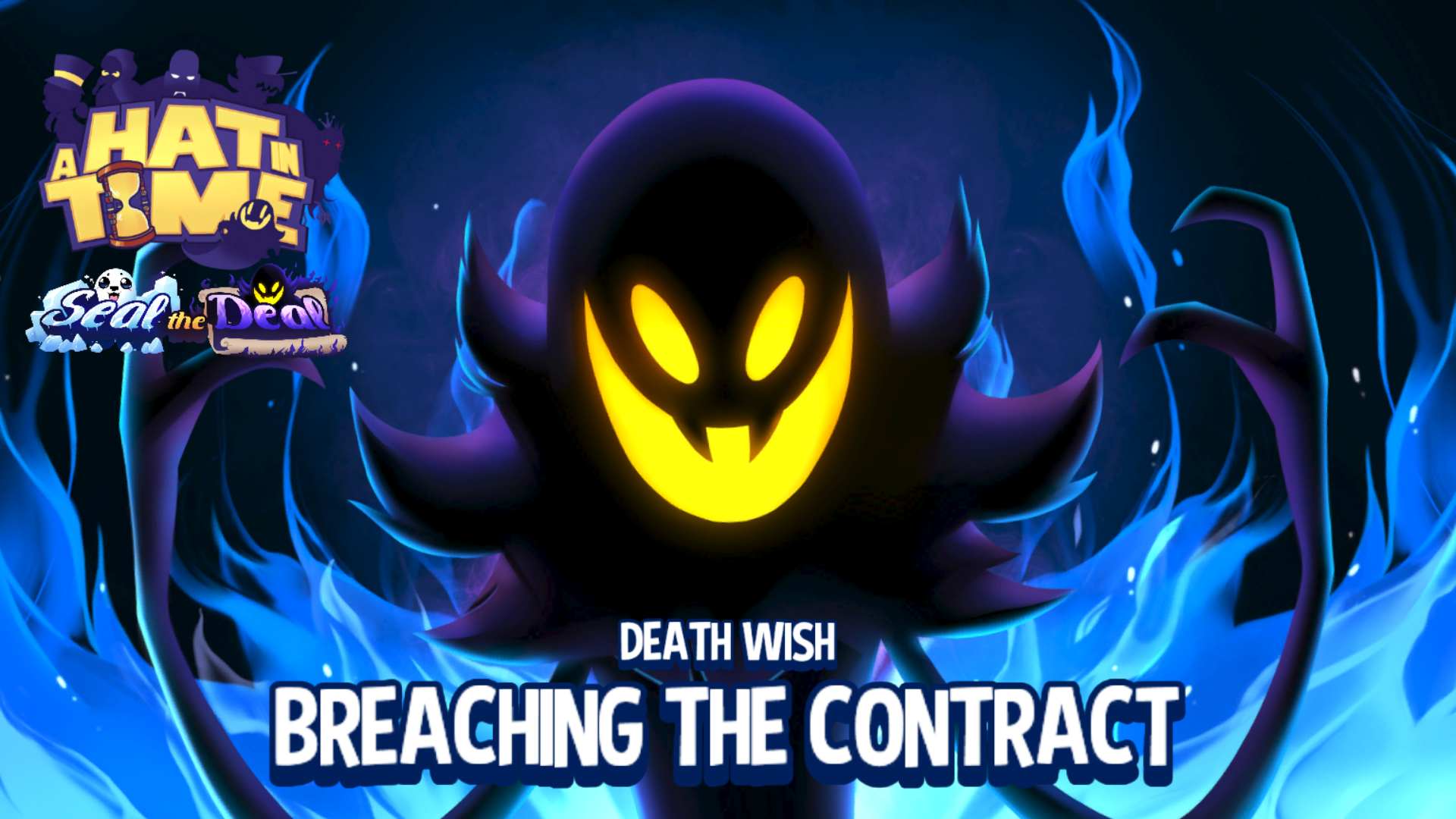 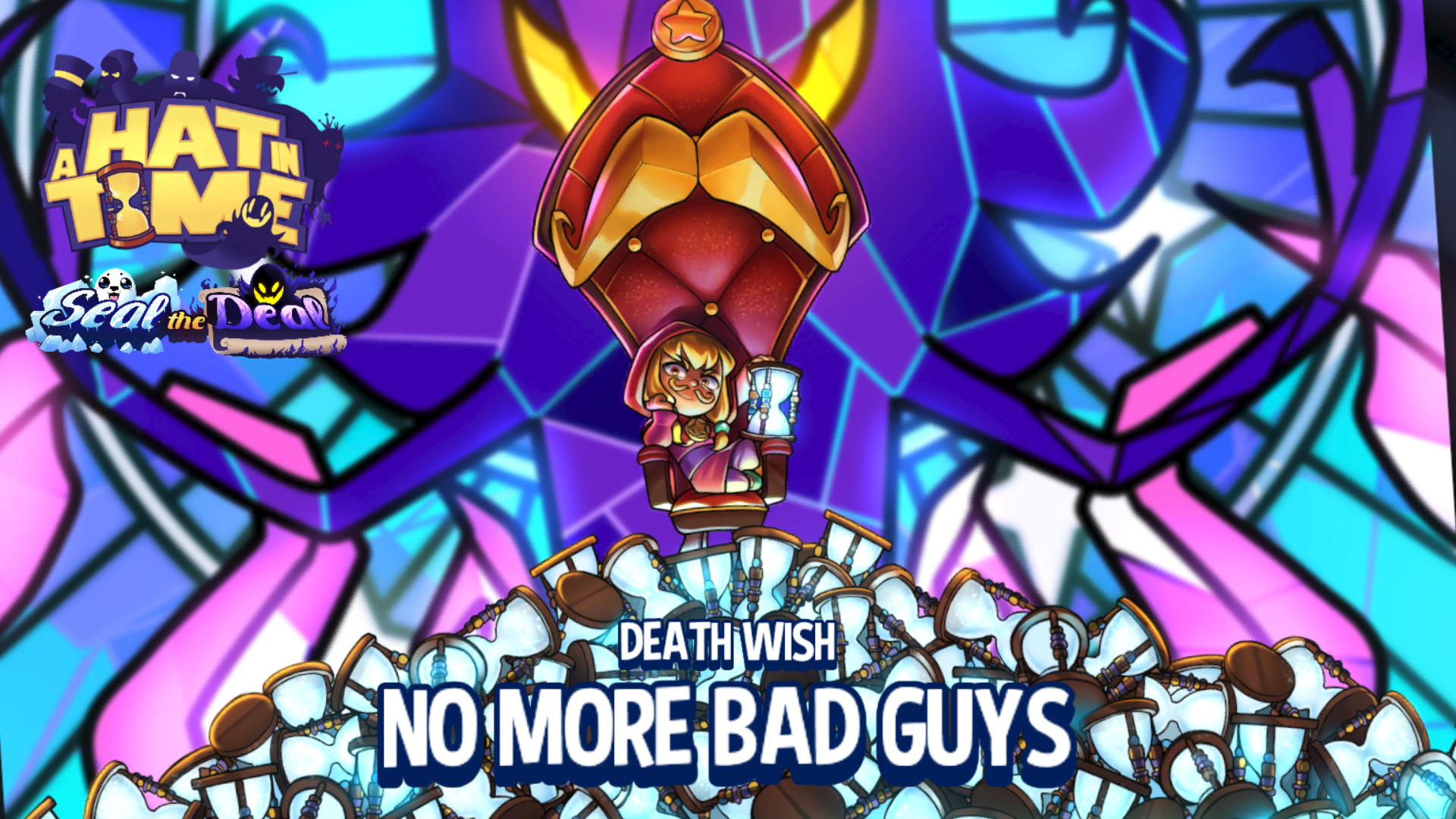 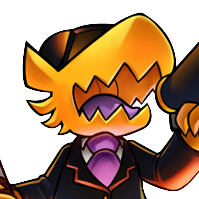 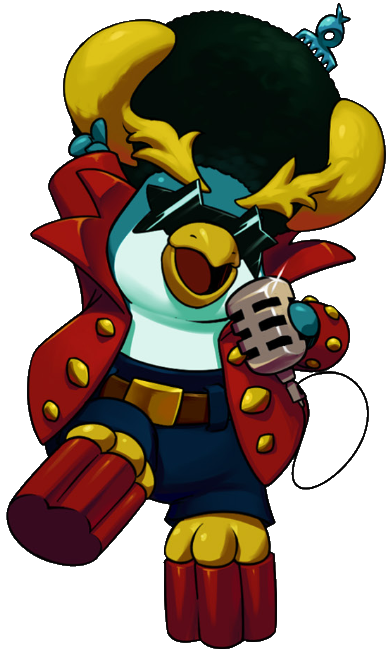 I really wanna help contribute, but I'm still new around here. I've noticed that none of the acts/characters have quotes (or what they say in the game), and I wanted to ask if I could add those?

I'm trying to find the Tour rift. I know where in the spaceship it is, but for some reason, it isn't appearing. I have both of the DLC, and I'm playing on Nintendo Switch. Can someone please help me?

Help us grow A Hat in Time Wiki